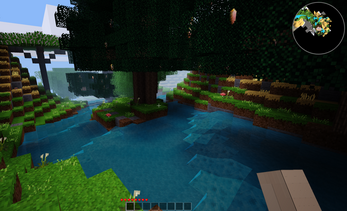 whenever i load the game (using 32-bit) it says that it couldn't find the "libgcc_s_sjlj-1.dll" could you please help me this game seems very fun

Hello knater333, thank you for your feedback. I've fixed the issue. Sorry you have to download the 32-bit version again.

i get this error when i launch the game http://imgur.com/a/sUswG

Hello Locive, thank you for your bug report. I will have a look at this issue. Have you installed the 64- oder 32-bit version?

i tried both and got the same error

Hello Locive, I strongly suspect that there is a Libstdc++ ABI incompatibility with your system. I have compiled a new stonecraft.exe and deactivated ABI, maybe it helps. Please download the new exe file and replace it: https://files.fm/u/3jaevgx7. If it works, give me answer and I'll build a new version. Thank you for your support!

P.S it is not a rip off of minecraft

Nope, it's not a rip off of minecraft but it clearly is a rip off, off of another rip off of Minecraft.

Thanks for posting our vid, episode 2 is out now. :)

It seems to be bigger then 1920X1080 as soon as i open it up. So i cant see anything for resolution settings

i,m here to say i download this game and it don,t let me play so you know what i think this game is just a god dang rip off so why don,t you make something thats not a rip off of minecraft and i,m going to E mail the devs of minecraft about this rip off

Hello giantboss10, thank you for your feedback. But I don't think that Stonecraft is a rip off of Minecraft because it has got many own features.

You certainly don't look and sound as you're 17 though.

That's alright because neither do you sound mature, you're probably just hitting puberty and I neither asked you to believe it nor I bother to prove it to you. Your belief won't affect my age, kid.

Also, you said I don't look 17 and yeah, I get it. You're just a dumbass who judges people based on their profile picture. Just because I made a skin and rendered it as profile picture doesn't mean that character represents me in real life. That's very irrelevant as well.

You're also one of those assholes who probably supports pirated games or rip offs just because you can't afford one. Go get a job if you're so mature instead of getting butt hurt over an objective statement.

You still sound too dumb and tech illiterate for a 17-year-old.

To clear things out, it's not a rip-off, it's simply a clone.

Game engine clones have existed for a long while, and their goal is neither to steal money from the original developers, nor to profit off their assets. There also have been games that tried to replicate the other, more well-known games, like what SuperTuxKart is to Mario Kart. This game uses Minetest engine as a base, which in itself is a Minecraft clone, but more barebones so people could mod it easily. This game is a natural extension of the engine which tries to provide the functionality similar to Minecraft. It doesn't profit off Minecraft assets, since the assets made by the dev, and they don't try to profit off it or just make a dumb clone; in fact, this game is GNU LGPL licensed, which basically means that everyone can have it and everyone can modify it and distribute it as long as they provide their modified source.

Also, I actually have a Steam account with lots of games I bought with the actual cash! What a f**king twist!

Oh my god. I'm on holiday ATM and I need to play this game. How cool is it that it's open aource

Just been looking through the repo. Incredible that you've done all this work alone. Is there a contributors guide for software developers?

Hello EarlyAccessGamer, there is no contributors guide, maybe in the future. Behind Stonecraft there are many contributors. I use the Minetest voxel engine and many free and open-source game assets from the community. My job is to get all the stuff to run without gamer has to deal with searching, installing and fixing mods, it took me months. I also work on the engine to implement own ideas.

hi its a freaking good made game its like minecraft

Hello, I assume that the library for Irrlicht isn't installed, Irrlicht is a middleware for 3D graphics. Try this to download and install Irrlicht: sudo apt-get install libirrlicht1.8 libirrlicht-dev libirrlicht-doc

I installed libirrlicht1.8 and got a new error: error while loading shared libraries: libluajit-5.1.so.2: cannot open shared object file: No such file or directory... and only after sudo apt-get install libluajit-5.1 game starts! finally! :D Thank you.

Thank you for your feedback. In the next release I will add the shared libraries :D.

i just have one question before i get really into this. how do i get the mods/texturepacks mentioned in the wiki and in the ingame menu?

Hello Fantasygames82500, I'm sorry, the wiki isn't complete. You can download mods and texture packs from the Minetest website http://www.minetest.net/customize/. You have to place the files in the directory "mods" and "textures". Especially for mods I cannot ensure that they work, just try it.

thanks! might want to put that in the desc too btw ;)

Impressive, really impressive. The only problem being this is more of a "am i skilled enough to make a full game" test. Congratulations, you passed it.

this is a minecraft rip off so don,t play this if you have minecraft witch i do

Hello giantboss10, thank you for your Feedback. Please consider that Stonecraft is for people who don't have Minecraft. It's simple a free alternative, no replacement for Minecraft.

it wont let me play and so i think its butt!

Hello donnaegirl10, thank you for your feedback. Maybe I can help you, I need a description what you have done and some information about your PC specs like OS/CPU/RAM/GPU.

single player dose not work but its a gooooooood game but need little bit more work.

its minecraft but its free

Yes. Free as in freedom as well.

it explicitly states that it's based off minetest, which is an open source minecraft clone engine. it's basically a gamemode for minetest

Dude, you're replying to a comment that's 2 years old. I no longer stand by what I said in the past.

Really did enjoy this game, but I do think it needs more work done. This really could be the next 'Minecraft'. One thing I would like to recommend is to rework the menu/pause menu, and sometimes it lags when I try to put things into my inventory. :)

You're wrong, it's STONECRAFT ;-). Free and open-source. But I'm love Minecraft.

is this compatible with contrllers?

My question is Can you get mods?

Hello Rogerzboyz, the engine from Stonecraft supports mods. Have a look here -> http://www.minetest.net/customize/. Use it on your own risk, i cannot give support.

doesn't work for me,as i start playing,a black screen appears and does not respond

Hello Liam Maritz, thank you for your feedback. Is the error reproducible? Singleplayer or Multiplayer?

single player,and each time i want to make a new world,its unresponsive and wont work

hellow!!! stonecraft another minecraft games its really cool dude i will play this with friends is this have lan multplayer? it really cool not boring

Yes, you can host a game on LAN. You have to share your local IP (not router IP) to your friends, then they can connect.

DEVELOPER I MOST TRUST THIS GAME IF YOU HAVE A STEAM ON YOUR GAME I WILL VOTE YOUR GAME AND HEY YOUR GAME HAVE NPC IN SINGLEPLAYER?

Hello Creeperkiller09, there are NPC in singleplayer if you have selected the option villages. You can trade with a NPC. In creative mode you can also spawn a NPC if you use a "NPC egg", in your inventory search for "NPC". They will protect you if enemies attack you.

Hello Creeperkiller09, thank you for your feedback. Can you tell me what options you have selected in the world creation menu? Many options aren't optimized yet in this early version, e.g. erosion effect, it needs huge cpu power. Please start a single player game without any options and tell me your experience. And can you tell me your computer specs (CPU/GPU/RAM/OS)?

Can someone tell me if its good and worth getting

Will it be for MAC?

Yes, I plan to build a Mac version. But I can't tell you a date.

Me and my friends are waiting for that! Awesome game!